Janet Jackson will reschedule her tour. Dates not yet announced. A huge trek across America is on tap. Order Janet Jackson tickets for shows in your area.

Metal rockers Megadeth hit the road in 2020. Grab tickets to see Megadeth in your are right here at Ticketron.

Loyal fans of the legendary band flock to Dead concerts every year. See Dead and Company live in 2020. Cheap tickets on sale.

What a great double bill. James Taylor and Jackson Browne. Grab tickets now and spend a night with two of the best.

The ultimate boy band will roll on stronger than ever. Don't miss the Backstreet Boys live in 2021.

Rescheduled Dates - On Sale Now - RAGE AGAINST THE MACHINE TICKETS

One of the most anticipated tours of the year! Rage Against The Machine! Secure cheap tickets today.

Post Malone rolls on in 2021 with shows scheduled through May! Secure cheap tickets today.

Journey and the Pretenders Tickets

What a great double bill! Rock out to Journey and the Pretenders this summer! Order cheap tickets today. 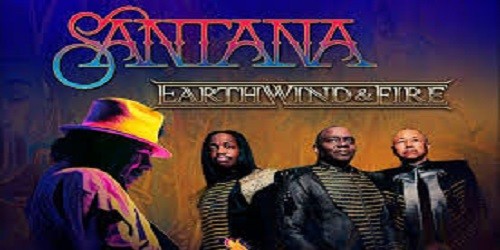 Cheap Concert Tickets Events Near You

The history of cheap concert tickets at Ticketron dates all the way back to the late 1960s, with kiosks and telephones as the primary way to purchase tickets. At the time, Ticketron was the original source for many cheap concert tickets throughout the USA. Concert fans could walk into a Ticketron kiosk at the local mall or call the toll free number and purchase tickets directly via phone.

Whether you are shopping for concert tickets in NYC, Los Angeles, Chicago, Boston Philadelphia, or any city in your state, Ticketron has your tickets. At Ticketron, cheap concert tickets can be found for almost any concert everyday.

Today, your cheap concert tickets open the door to a myriad of entertainment options, fitting everyone’s preferences and budget. from today's popular artists to classic performers who have stood the test of time, reminding music fans that there is always something wonderful to see live on stage. New exciting artists hit the scene every year, and old time favorites never die.

The current concert season is comprised of just that sort of blend, with popular shows that audiences never tire of, like Trans Siberian Orchestra, Jingle Ball and more. Classic bands that keep entertaining audiences to the delight of diehard concert fans encompass old standbys like the Eagles, Kenny Chesney, Celine Dion and more. Then, there are the new and highly touted artists, like Billie Eilish, Lizzo and Brantley Gilbert .